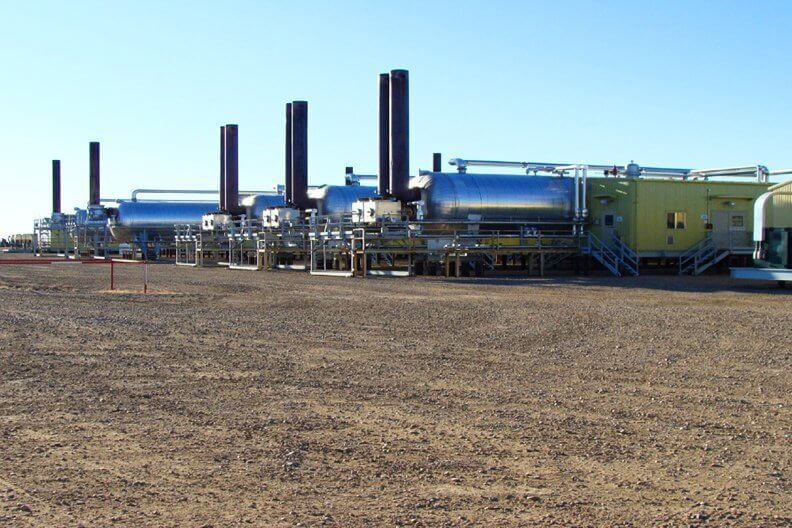 International Petroleum Corporation (“IPC” or the “Corporation”) (TSX, Nasdaq First North: IPCO) is pleased to announce that a wholly-owned subsidiary of IPC has entered into an agreement with Cenovus Energy Inc. (“Cenovus”) to acquire all of Cenovus’ interests in the conventional oil and natural gas assets in the Suffield and Alderson areas of southern Alberta, Canada (the “Acquisition”). The purchase consideration for the Acquisition is CAD 512 million(1), subject to closing adjustments and to certain additional contingent consideration, and is expected to be fully funded by IPC through debt financing. All amounts are in Canadian dollars unless otherwise noted.

Mike Nicholson, CEO comments: “We are very excited to enter into this transformational acquisition of high quality operated assets only five months after the launch of IPC. The Suffield and Alderson assets have been operated safely and efficiently by Cenovus and we are pleased to have reached this agreement to acquire these conventional producing assets as Cenovus focuses on its oil sands and Deep Basin assets. This acquisition fits perfectly with IPC’s strategy of leveraging our existing producing asset base as a platform for value accretive acquisitions of long-life, low-decline producing assets in stable jurisdictions with upside development potential.”

The Suffield and Alderson oil and natural gas assets are held over a large, contiguous land position of 800,000 net acres of shallow natural gas rights and 100,000 net acres of oil rights in southern Alberta. IPC has agreed to acquire 100% operatorship (98.8% working interest) in the oil and natural gas assets which are forecast to produce an average of approximately 6,900 barrels of oil per day (bopd) and approximately 102 million standard cubic feet of natural gas per day during 2017, for a total average of approximately 24,000 barrels of oil equivalent per day (boepd). These producing fields have low production costs and significant future development potential from a combination of low risk development drilling, well stimulation and enhanced oil recovery (EOR) opportunities, which have not been undertaken for a number of years due to Cenovus’ capital allocation priorities.

In conjunction with the Acquisition, IPC has received commitments from BMO Capital Markets for new credit facilities of CAD 325 million in respect of the Suffield and Alderson assets and for an increased reserve-based lending facility of USD 200 million in respect to IPC’s existing international assets.

The Acquisition remains subject to regulatory approvals and is expected to be completed in the fourth quarter of 2017. IPC has also agreed to certain contingent purchase price payments to Cenovus, which may become payable based on increased average oil and natural gas prices during 2018 and 2019. Under the terms of the agreement, IPC will make payments to Cenovus for each month in which the average daily price of West Texas Intermediate (WTI) is above USD 55 per barrel (bbl) or natural gas prices at the Henry Hub are above USD 3.50 per million British thermal units (MMBtu). These payments are capped for each commodity, with a maximum combined payment of CAD 36 million in aggregate.

The Acquisition is consistent with IPC management’s strategy for the Corporation to be a leading independent oil and gas company focused on production of high quality assets in stable jurisdictions around the world.

· Stable low-decline production and positive cash flow in a favourable fiscal regime: The Acquisition represents the entry of IPC into Canada and consists of stable long-life oil and natural gas production:
– 2017 average forecast production of approximately 24,000 boepd
– Proved plus probable (2P) gross reserve to production life index (RLI) of 11.4 years(2)(3) which is accretive to IPC’s RLI of 8.1 years as at 31 December 2016
– Net operating income of CAD 96 million for 2016 (CAD 319 million in 2014 when commodity prices were higher, demonstrating strong leverage to commodity price upside)
– The effective tax rate is favourable with a forecast rate at approximately 23%

· Control over HSE, development and investment: The Acquisition provides IPC with operatorship and control of the operations and production with almost 100% working interest.

· Self-funded low-risk development upside: The Acquisition provides IPC with access to positive cash flow and to development opportunities which could increase production and reserves. These development projects have not have been pursued due to Cenovus’ capital allocation priorities.

· Access to full organisation available with local knowledge and operating capability: Certain Cenovus operating and asset management personnel are expected to transition into IPC allowing a smooth integration, providing IPC with the ability to leverage the depth of knowledge and understanding of the assets to achieve IPC’s growth objectives.

The Suffield and Alderson assets have been operated by Cenovus and its predecessors for more than 40 years. The oil is produced using conventional recovery methods via water drive with pumped multi-lateral horizontal wells. The production is collected in a network of pipelines and transported to a central processing facility.

Management of IPC believes that the oil upside relates to low risk development drilling. There is also low risk upside in ASP (Alkaline-Surfactant-Polymer) flood expansion. This process has been demonstrated to work in two fields, and IPC’s plan is to extend into a third field which is near the existing infrastructure.

Sweet natural gas production in Suffield and Alderson is via shallow wells producing from multiple formations. The wells produce into a network of natural gas pipelines with a number of compressor stations. IPC believes that the production is low maintenance with optimization potential.

Cenovus is a strong and capable operator, with established maintenance routines and rigorous HSE procedures. IPC is pleased that arrangements are being made to transition certain Cenovus employees who have the experience in managing and operating these assets across to IPC.

The Suffield and Alderson assets are low cost: less than CAD 10.00 per boe production costs are forecast in 2017; approximately CAD 1 million per well on average for oil development drilling and approximately CAD 200,000 per well on average for gas development drilling, including completion. No oil wells have been drilled since 2014 and no gas wells have been drilled since 2010 due to Cenovus’ capital allocation priorities.

Financing of the Acquisition

IPC will finance the Acquisition through its existing cash resources and operating cash flows as well as draws on its existing and new reserve-based lending facilities. Concurrent with the Acquisition, IPC expects to increase its existing reserve-based lending facility of USD 100 million to USD 200 million and IPC will add new acquisition credit facilities of CAD 325 million. The combination of the high quality of the Suffield and Alderson assets, as well as the existing relationships that IPC has developed with its banks, including BMO Capital Markets, facilitated this financing.

(2) Assumes 2017 average forecast production of approximately 24,000 boepd and forecast year end 2017 gross 2P reserves of 99.6 mmboe. The forecast year end 2017 gross 2P reserves are based upon the assessment by McDaniel & Associates Consultants Ltd. (McDaniel) effective September 1, 2017 with reserves volumes calculated from an economic reference date of December 31, 2017. The ratio does not include any contingent purchase price payment that may become payable by IPC to Cenovus.

(3) Reserves estimates and best estimate contingent resource estimates are based on the evaluation of the Suffield and Alderson assets as at September 1, 2017 reported from an economic reference date of December 31, 2017 prepared by McDaniel, an independent qualified reserve evaluator, in accordance with National Instrument 51-101 (NI 51-101) and the Canadian Oil and Gas Evaluation Handbook (the COGE Handbook), and using McDaniel’s July 1, 2017 price forecasts. The ratio of CAD 4.80 per boe has been estimated by IPC based upon the purchase price, not including any contingent purchase price payment, divided by the sum of estimated reserves remaining at January 1, 2018 and estimated produced oil and gas from the effective date of the Acquisition through to year end 2017.

A presentation related to the Acquisition will be available in connection with the audiocast on IPC’s website at www.international-petroleum.com.

International Petroleum Corp. (IPC) is an international oil and gas exploration and production company with a high quality portfolio of assets located in Europe and South East Asia, providing a solid foundation for organic and inorganic growth. IPC is a member of the Lundin Group of Companies. IPC is incorporated in Canada and IPC’s shares are listed on the Toronto Stock Exchange (TSX) and the Nasdaq First North Exchange (Stockholm) under the symbol “IPCO”. Pareto Securities AB is the Corporation’s Certified Adviser on Nasdaq First North.