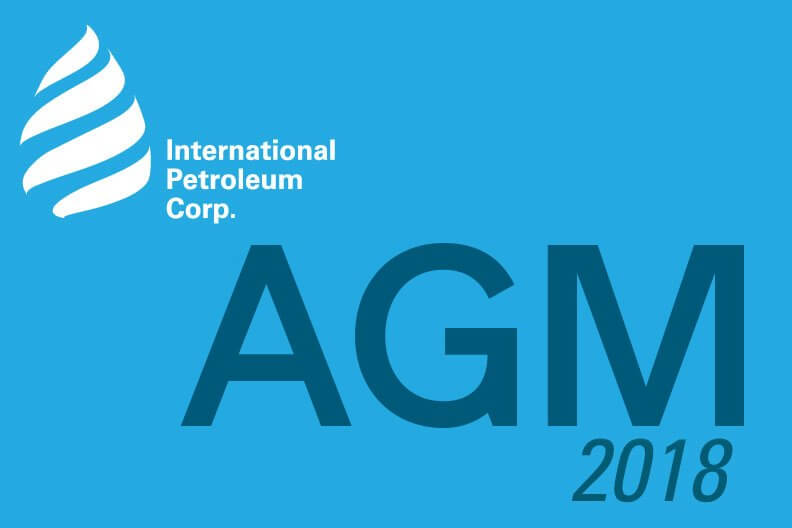 International Petroleum Corporation (“IPC” or the “Corporation”) (TSX, Nasdaq Stockholm: IPCO) is pleased to announce the voting results from the Corporation’s 2018 Annual General Meeting of Shareholders (the “2018 AGM”) held on July 10, 2018 in Calgary, Alberta.

Election of Directors
The seven nominees listed in the Corporation’s management information circular dated May 30, 2018 (the “Circular”) were elected as Directors of the Corporation to hold office for the ensuing year.

As also described in the Circular, the amendments to the Corporation’s existing Stock Option Plan became effective following the 2018 AGM approval of the Plan.