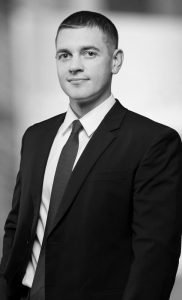 William Lundin was born in 1993 in Canada and holds a degree in Mineral Resource Engineering from Dalhousie University. William has been involved in the natural resource industry his entire life through exposure to several Lundin Group companies and mentorship under Lukas and Ian Lundin.

Mr. Lundin has worked in the upstream oil and gas business with IPC, and previously with BlackPearl Resources Inc., since 2016. He has gained diverse experience in conventional and unconventional oil and gas resources working in operations, facilities and production engineering. Prior to being appointed as Chief Operating Officer of IPC, he served in a project management position with IPC Canada. William also previously held positions with Lundin Mining Corporation and Denison Mines Corp.

Mr Lundin has been COO of IPC since December 2020.

Mr. Lundin is currently a director of ShaMaran Petroleum Corp. He is a registered professional engineer in Canada.