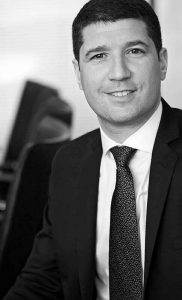 Christophe Nerguararian was born in France in 1975 and has an Engineering degree from Ecole Centrale de Lyon and a Masters in Finance from Université Lyon II.

From 1998 to 2011, Mr. Nerguararian worked in various banking and finance roles for BNP Paribas in Paris and Geneva, most recently as Head of the Upstream Finance team for Central and Eastern Europe.

Mr. Nerguararian joined Lundin Petroleum in 2012 as Head of Corporate Debt and Commercial Manager and was appointed Vice President Corporate Finance in 2016.

Mr. Nerguararian has been the CFO of IPC since April 2017.