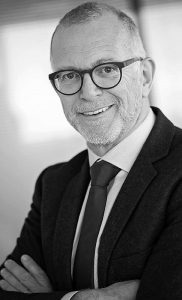 Chair of the Reserves and Sustainability Committee, a member of the Nominating and Corporate Governance Committee and the Audit Committee.

Mr. Bruijnzeels is a graduate of Delft University where he obtained a degree in Mining Engineering.

Bruijnzeels was President, CEO and a director of ShaMaran Petroleum from 2015 to 2019.

Mr. Bruijnzeels was Senior Vice President Development at Lundin Petroleum between 2003 and 2015, and was responsible for Lundin Petroleum’s operations, reserves and the development of its asset portfolio. Prior to that, Mr. Bruijnzeels worked for Shell International in the Netherlands, Gabon and Oman in several reservoir engineering functions and for PGS Reservoir Consultants in the UK as Principal Reservoir Engineer and Director of Evaluations. Mr. Bruijnzeels has over 30 years of experience in the oil and gas industry.

Mr. Bruijnzeels is considered independent for the purposes of National Instrument 58-101.